Discussions about bands, songs, music genres and all those funny sounds we like so much
Post Reply
77 posts

Definately not as much mana as the rippers from.the u.k
Top

Dixon Cider A.C. wrote:I reckon being inspired by a band then stealing their name probably takes a hit to your total mana

old flinders been on facebook painting wattie as a neo-nazi, classic

dave-brown wrote:I have a feeling there were two bands who shared that name. One L.A based, and one who stole the name and started in Sheffield not long after.

"Named after the 1950's secret political action from Kenya, and inspired by a U.S. Hardcore act of the same name, Sheffield's Mau Maus formed after leaving school in late '79. "

Oh true. I've been looking up UK 82 bands the last few days and wondered how this band fitted in. That explains it.

Named after a Brooklyn Puerto Rican 1950s street gang which in turn was named after after the Mau Mau uprising in Kenya (thanks Wikipedia).
There's more to life than thrash
So let's get really smashed
and do the heavy head dance

i have a camo ma1 style jacket from like hallensteins or some such place that has some mau mau shit on it, its embroidered on really thick and after an initial try i never managed to get it off, fuck i bought that jacket in paraparaumu in 2006, still wear it regularly, never been washed.

For years ive overlooked the brilliance of this band....maybe because it was hidden by neils ears..
Top

What are you chumps upto tonight? Im off to watch UPROAR.... (for the second day in a row). Theyre awesome. No big deal
Top 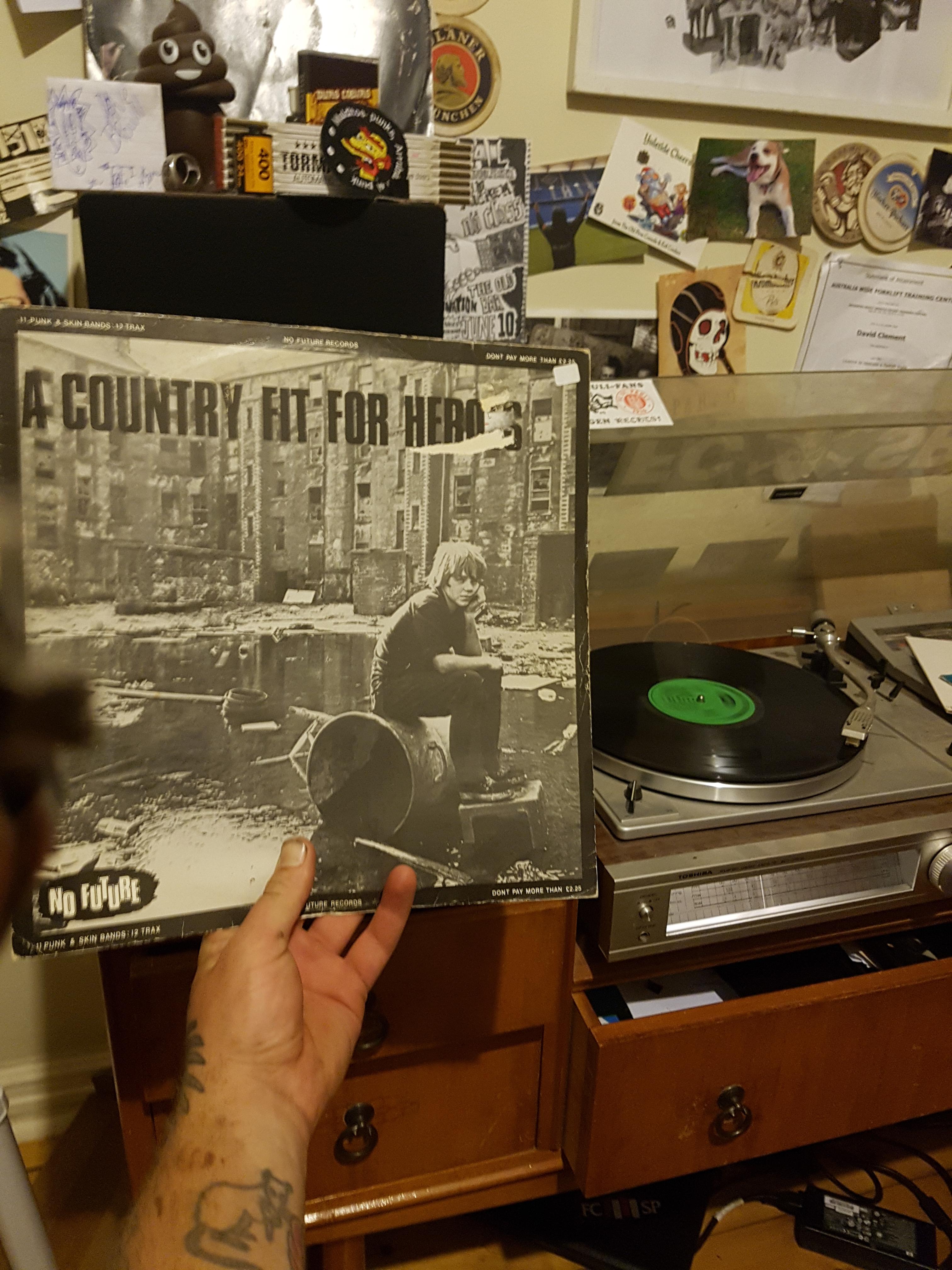 Jerusalem by one way system is one of the greatest punk anthems of all time. I spent about an hour last week reading the lyrics and drinking wine trying to fathom wtf it was on about. I finished the bottle of wine and I am still unsure of what it is about
Top

They seem to be likening themselves to Jesus and then mocking their poser disciples.

Bit ironic in a way

I can appreciate that like we're gladly stuck in 1982 forever more.