Lurch wrote:I haven't been following this thread. Who's this weird person? Are they Glen and/or Yulia in disguise? All this cluelessness and talk of the 1% of NZ music makes me think so.

Here is THE URGE's Awesome band bio/history. might clear a few things up.

Ivy Blue was formed in Novemebr 2013, and became a solo project after A.Flow's departure in 2014. Regardless, Ivy Blue still goes from strength to strength today.

Urge suffers from Autism and ADHD, neurological disorders that causes his brain to not work properly, but he uses music to keep his mind going and to keep his world at balance, having gone from being extremely autistic to being on the low-mild border of the spectrum and being a mainstream student at Te Aroha College.

Their music is a unique blend of electronic, rock, and pop which when blended right can produce amazing results. Such songs include their first single 'Invisible'- a song about a person who feels invisible to the world, songs like ‘Forever December’ where the end seems to be only the beginning, The Wanderer which has a noglastic view on childhood and the phase of going from boy to man, and Window In The Skies, the view of an older man looking back on life. Their songs speak for themselves.

TIMELINE:
2014:
Ivy Blue released Invisible on March 25 via their former IvyNet.Com website for free listening and later released all 7 songs from the forthcoming album 'REVEAL' for free streaming on Sound Cloud. The stream was later taken down due to undisclosed reasons on the 4th of May 2014.

The album saw official release on June the 7th 2014, receiving a generally positive reception on REVERBNATION and causing minor movement online. 2 weeks later, the band's second album WORLD MAGNETIC was released on June the 25th 2014 with a single titled "WINDOW IN THE SKIES, achieving similar results as the previous album REVEAL.

In August 2014, the band released on Reverbnation their 3rd album ILLUSIONS, which maintained the band's top 5 position on REVERBNATION and a single titled "Forever December" was released on the 27th of August 2014.

In October 2014- the band signed on with SwerrrdMedia Music Group. Urge said of the signing that it would be a huge step, but one that they were ready for- adding that Lindsey Williams does not muck around- a lot of people try to get this far, many fail. She only chooses the best to work with, and we're honored to work with her”.

The band have recently been interviewed by top entertainment reporter in Singapore Harry Johal from CARRY ON HARRY,

Have recently taped an interview with Edward from the hit podcast “GET BEHIND ME, NOW STAY THERE” (which attracts 90,000 listeners worldwide), and there are more interviews to come as the year goes by (but as of yet- no interviews are scheduled for their homeland of NZ).

In November, it was announced that A.Flow was leaving the group for personal reasons and that Ivy Blue would now become The urge's solo project, hence taking on the Ivy Blue name as opposed to The Urge. He states that no upcoming plans are affected and while taking the first half of the year off, Ivy Blue will be back in some form in 2015.

The Urge later reiterated that statement stating a new vocalist and drummer would be sought in early 2015 to form a new line-up of Ivy Blue for an album adn future plans. What format this will take is currently unknown.

ON THE 7TH OF FEBRUARY 2015, MICHELE BRADFIELD ENTERED THE BAND ON DRUMS, REPLACING A.FLOW PERNAMENTLY. JODECI NICOLL HAS ALSO BEEN CONFIRMED AS THE NEW LEAD VOCALIST AFTER THE URGE DECIDED TO FOCUS MORE ON THE MUSICAL SIDE OF THE SONG (ALTHOUGH MAY STILL HELP WITH LYRICS IF NEEDED).

Clearly we are dealing with NZ rock royalty. His interview “GET BEHIND ME, NOW STAY THERE” attracted 90 000 listeners so I would not be surprised if Trump has been inspired by him.

On a serious note he clearly doesn't have a firm grasp on reality. Though I think it is awesome that he uses music as a coping tool for his autism his delusions of grandeur surrounding his project and his obsession with talking about it online seems to prove that maybe it might not be working. It's a shame that I might die from polio on account of my parents not vaccinating me because I think I have contracted autism anyway just from being in this thread.
Top

9seconds wrote:what are the odds of it ay?

its the most ridiculous allegation i can actually think of, how obscure is ivy blue or whatever this 'band' is called?

but maybe thats what makes it so compelling, the perfect crime, nobody would suspect a thing.

like when i caught winston peters syphoning the gas from my toyota civic, nobody would believe me, but i knew it was him.
even tho he was wearing a balaclava..

God I want to believe this. What a yarn that would make.

his son, who i went to school with, once told me at length about how he admired nazis, and generally despised maori.

we were 13/14 tho, and at the time i was obsessed by NWA and the IRA, so i possibly wasnt much better, and shouldnt judge him for stupid remarks like that.

donvito wrote:He did come out to DMX's - Where Da Hood At. Which just so happens to be the coolest move a politician has made in a long long time.

that was a fake video g

nect thing you will tell us is he didnt use savingXgrace either...

xCaptainx wrote:Yeah keen to see/hear the evidence. What song did they use? What private event? Where? All of his appearances are well documented so there will be evidence.

I feel like all these questions are being ignored. I suspect it's all been made up by the band in an attempt to get free publicity. Poor form Ivy Blue, I'll be thinking twice about going to any of your shows.

We simply have no further comment to make about what's going on with Trump. Not everything makes the news, that's where the scariest stuff lies in the end. It's been dealt with hence why we are not responding to any further questions about this matter. Move on.

Come on guys, as he said it's been "dealt with" and it's time to "move on". He's sorted it out with Trump and they're all good now. They probably just got on the phone and had a good old fashioned heart to heart chat, and possibly even had a bit of a giggle about it. Silly misunderstandings and all that... Ivy B probably just can't talk about the details in case he ends up on a CIA hit list or something. Seems totes legit to me so let's move on the the real issue. Like how Ross can afford a Maserati on his salary, I sense a bigger story here.
https://www.facebook.com/pages/Punk-Roc ... 6100661239
http://www.undertheradar.co.nz/utr/ticket&pid=144
Top

just noticed this, seems they have something else in common with jsoloproject

NOIDEAWOTEVER wrote:Like how Ross can afford a Maserati on his salary, I sense a bigger story here.

Well at least the insurance is a lot cheaper than for Lamborghinis since those are always getting jacked.

xCaptainx wrote:In someone related news. Apparently Bernie Sanders blasted Saving Grace at his latest press event. He signed a bible and then said 'If there's one thing I love more than democratic socialism, it's Ross McDougall on guitar'

Saving Grace are yet to respond to such allegations, and would prefer if our music or brand is not used for political gain.

Yeah right, Sandy clearly, clearly follows the left hand path. You might want to pretend Molest the Episcopate never existed to keep that sweet xtian Jesusedge social media marketing consultancy money flowing in, but we all know Bernie rocks out to quality tracks such as "Satan is a pretty sweet dude IRL", "A priest looked at my diddle once" and "Fuck you mum and dad (and the environment)".
Top

yossarian wrote: You might want to pretend Molest the Episcopate never existed

Fortunately we havent had to check for carbombs since living in Ireland 9seconds. It is a lovely country however, you should go pretend to be irish there sometime.

yossarian raises some very valid points. Contractually I'm obliged to state that I have no idea what you're talking about, as I was sitting at home roasting marshmallows and singing hymns during that specific time period. You must be confusing me with nega Ross. He's a right cunt, that one.
Top

just noticed this, seems they have something else in common with jsoloproject

Old bio. Needs big-time updating. If you go to the new website it will have a more accurate reflection of the band now (I believe this was a early 2015 bio).
The new site is here:http://ivybluebandnz.wix.com/ivyblueonline Feel free to check it out.
Top

Who told you it was a good idea to post here?
Top 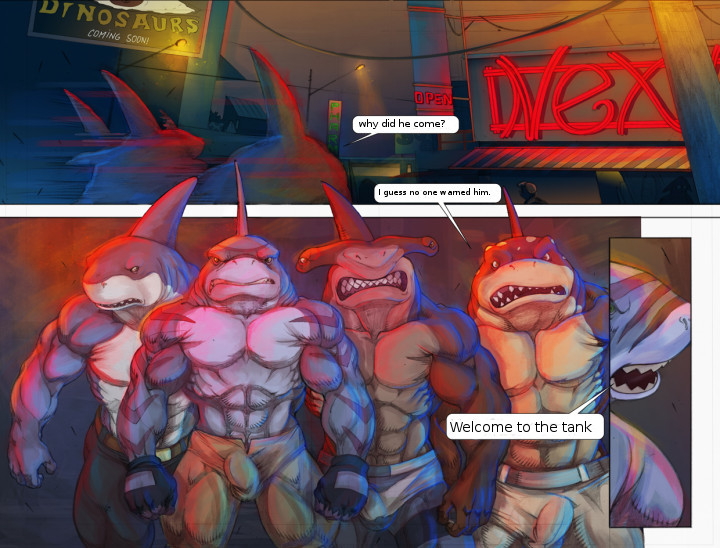 those are some homoerotic sharks

Pretty sexy sharks, if you ask me.
Top

His head's not the only hammer there
Top

sticky wrote:
Here is THE URGE's Awesome band bio/history. might clear a few things up.

The line-up is currently made up of made up of Jodeci Nicoll on Vocals and additional guitars, James Gillies Brodie (The Urge) on Guitars, and Keyboards, Michelle Bradfield on Drums, Percussion, and Additional Vocals
...
Ivy Blue was formed in Novemebr 2013, and became a solo project after A.Flow's departure in 2014. Regardless, Ivy Blue still goes from strength to strength today.
...

thats what i was pointing out, didnt think i was being that subtle

sticky wrote:On a serious note he clearly doesn't have a firm grasp on my version of reality.

Good detective work, what part of his bio did you sleuth that out of? Was it the part where he literally writes it down for you?
Top

This thread has had me snuffling into my cocoa. Amazing.
Uncinia vector
Top

you may remember deathnir from the beginning of the thread, crazy dad manager with a machete.

"Look how happy he is"
Top
Post Reply
203 posts