Proud Scum were wildly famous in Auckland through the second half of 1979 and the start of 1980 and mildly famous in Sydney for the rest of 1980 but like a turd that won’t flush away, they just keep hanging around, resurfacing every decade or so.
The current iteration of the band is gathering from the four corners of the globe: Auckland, Melbourne, London and Woy Woy to play not only at Auckland’s Punk it Up but also, in a world first, in Wellingscum.

The boys will be met at Wellingscum Airport by Prime Minister Ardern, wearing a traditional knitted Beagle jumper and given the keys, perhaps not to the city, but to the venue of Viking legend, Valhalla. 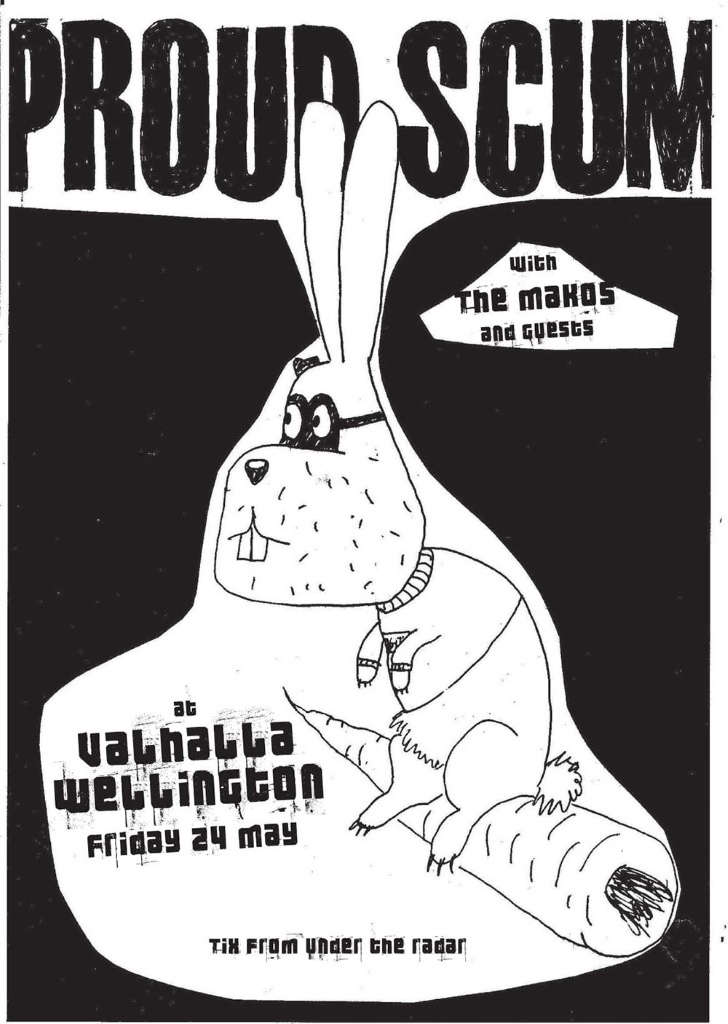 Damn it, wish they were coming south
Uncinia vector
Top

If you don't, you have lost any mana you have ever obtained.
Top
Post Reply
5 posts • Page 1 of 1