Boundary Road is indeed cheap and fully acceptable tastewise, but will it turn me into a nazi?
Top

Max wrote:Boundary Road is indeed cheap and fully acceptable tastewise, but will it turn me into a nazi?

Just did a blitzkrieg visit to NZ. I was so stoked to buy bourbon and G&t singles for $2.50. Also drank a 'Lion Brown King' it was 6.5%. It was pretty foul but i drank it on waihi beach so it was kind of awesome.
I also puked all over the bathroom at the Edinburgh Castle... thats what skulling shitty as 4% beer does I guess.
Top

I just did a whirlwind tour of NZ in a 900cc Fiat Punto (a little Goodbye Porkpieish dont you think), driving from Auckland to Christchurch, here are the lowlights and highlights of the beers we drank on the way.

1.  Steinlager pure 7/10
Drank this on the first night of the road trip on Waihi beach. These became a regular go to throughout the trip. I got fussy about not drinking too many beers loaded with too many preservatives after living in Germany.  Lessens the hangover and this one is not a bad drop for an average of $22 a dozen. (Orignal Steinlager can suck a fuck)

After a gross swanky pint in Waihi, I was pleased to knock a few pints of River Water back in Rotorua, also a couple down Mt. Maunagnui after a dip in the mighty Moana.
I usually stop for one in Taihape as a sort of a tradition on my way through, but the fuckin bar was gone. Some cafe chain rather poorly named "Bugger" sat in its place.
Had a few handles of River water in Mos bar, Rotorua, very once were warriorish.
Please note Waikato is disgusting, the points are more for nostalgia/ novelty.

3. Macs gold on tap. 6.5/10
I drank a lot of these at an Irish bar in Rotorua while we cheered the mighty Phoenix to victory. It's a good beer, nice and light, a classic go to, keep in mind, like a lot of blue collared bollox in Aoteroa, its  only 4%. Good if you're driving, eh.

4. Pre made G and T in a can.
(Gordon's to be exact) 7/10
(high score for low price, they cost heaps in aus).
Okay okay, it's not beer,  But pre mixes are so cheap in NZ I had to. God, they're delicious though, gin is a summer drink and my duty free was long gone by this point.
These were enjoyed in a discreet drink bottle whilst bathing in Waikite Hot pools. Hot tip, camp in the camping ground next door. It's only a couple bucks more than paying just for the pools and your can stumble back to your tent afterwards. .

5. Have a pint in Taupo and pretend you care about the view. 5/10
Nah it is quite nice view, too many tourists but hey, I guess I am one myself. Since you're heading south maybe have a cheeky Lion Red for old times sake. Tastes just as shit as the ones you pinched from your mates dad about 15 years ago. Although back then you hid them in your bag and they got all warm and shaken up from skateboard ride down to the local park.
It really is a shit beer.

6. Grab a cheeky doz of Steiny pure from Schnapps bar near Raurimu, National park.
7/10. Good beer and good view
Take em back to your dilapidated off season ski lodge room and neck about six in the shower to wash away the sweat from the wholesome stroll around the foot of the mountain earlier in the day

This is a quintisential Kiwi pub. You know it is when you walk in and the locals all stop and look up,  you're not sure if you're gonna be welcomed with some hairy caterpillars or punched in the face. This place had mana. The mana wahine behind the bar poured us a jug in those classic octagonalish plastic jugs and it took me back to every working class  kiwi bar I've ever drank in. Mullets, hi vis shirts,  cynder block walls, picnic tables, lion brown and sideways looks, it had it all.
That constant on edgeness really took me back to my youth.  Lion brown is quite good from the tap.

8. Monteiths original on tap , the Cambridge Hotel, Wellington.  7/10.
Monteiths is a good drop, a little weaker than I like my beers, being only 4%, but it always goes down a treat. I'd never drank at this bar before, but having left Wellington in 2011, its changed a lot and fucks knows where a good place for a beer is these days.


9. DB Draught on tap, Mikeys Bar, Picton.
5/10 (for the beer) 9/10 (for the bar)
This bar is pretty sweet, much more down to earth than most others in this touristy joint. $12 bucks a jug is decent too, but in my fatigued state I wasnt thinking straight, this beer has never been a fav of mine. Has a murky thickness to it. Tastes kind of flat too. It's no lion brown. Check this bar out though. Also cheap campsite at Alexandra's, has a nice river with a sweet swimming hole . Sat in the sun smashing steiny pures in there til sundown.
Shai Shais Takeaways does pretty good fish n chips too.

10.  Mcashins brewery, Richmond, Nelson.
7/10.
Had a pretty up market vibe, I usually go to the Sprig and Fern but Nelson was chockas with some festival so we headed out here.
I hate craft beer, it's for wankers, so in these instances I just get a Pilsner. It's pretty delicious, pretty refreshing when getting scolded by the heat of sunny nelson.

11. Motueka is full of hippies, avoid stopping.
Although we stopped quick as and stocked up on Old Mout scrumpy. 10/10.
As any self respecting punk rocker, I love scrumpy, and wanted some to drink while driving over the Takaka hill.

12. Drinking driving in rural NZ. 10/10.
Look im not condoning driving plastered, that's stupid as shit,  but a few beers on the back roads ... cmon, It's a right of passage.
Had some cider on Takaka hill and slammed some gins through Onekaka. Fuck it was fun. Onekaka is awesome, although I just missed the new years festivities.

14.  Cider on tap, The mussel Inn. 9/10
It's almost a pilgrimage for a kiwi punk rocker to come to this place and down a few. I remember hitchhiking down for new years at 18 years old and sparing some of my dole for one of these pints. Fuck it is  pretty good. Earlier in the day before it is packed is ideal. Bloody good.

16. Monteiths pilsner, Collingwood tavern, Collingwood.
6/10
This place is a bit tidy for a rural bar, but nice enough. Good beer, bit family friendly for my liking. Not a real rural kiwi bar, everyone had all their teeth.

17. I'm not reviewing anything in Christchurch, as I have nothing nice to say.  I did drink to deal with the fact I was there tho.

Cheers NZ.
Will be back later in the year, definately need to hit more Swappa bottles next time.
Top

So as we find ourselves venturing into winter, it's time to shape up our drinks of choice.
My classic "walking the dog " beer is a winter time classic. Take a sip out of your beer, pour in a couple shots worth of stones gingerwine. Warms ya up and keeps the flu at bay. Maybe not the rona tho.
Times like these I'm glad I have a dog. Cops dont bother ya when ur walking a dog during a lockdown.

Anyway. Beer, yea drink and be merry in such a perilous time.
Top

Got myself some fancy beers from Kereru for my birthday (what the fuck else can I buy) - https://www.kererubrewing.co.nz/shop/be ... scotch-ale
http://hungjurynz.bandcamp.com/
http://www.discogs.com/user/pertHJ

PertHJ wrote:Got myself some fancy beers from Kereru for my birthday (what the fuck else can I buy) - https://www.kererubrewing.co.nz/shop/be ... scotch-ale

Mate... may as well.move to Melbourne buying poncy beers like that

Why would I move to Melbourne when I can live in Mangere Bridge
http://hungjurynz.bandcamp.com/
http://www.discogs.com/user/pertHJ

Well I do bet you have less wanky 'quinoa bowl' shops and craft beer bars in Mangere.
Top

Good God that photo makes me home sick. Melbourne pubs are full of teenagers with moustaches and pants that dont cover their ankles. To top it off all the beer tastes like perfume
Top

One of the last shows before demolition was Bad Manners.
There's more to life than thrash
So let's get really smashed
and do the heavy head dance

One of the last shows before demolition was Bad Manners.

That would of been a rad show.
I went to an awesome pub in otaki last summer, it was fuckin legit. I think it was the Telegraph hotel. Plastic jugs, cynderblock walls, hi vis vests, mana and mullets. Was choice as! Nostalgic to say the least
Top

Coupla big cans of Berliner Kindl and a sixer of small Jever this evening. A few cyber-pub beers with pals. Day off tomorrow for the 75th anniversary of the surrender of the Wehrmacht. Cheers to that! Für immer gegen Recht!

For a second I thought this meant you went to some retro internet/hacker and/or cyberpunk themed pub.

One of the last shows before demolition was Bad Manners.

That would of been a rad show.
I went to an awesome pub in otaki last summer, it was fuckin legit. I think it was the Telegraph hotel. Plastic jugs, cynderblock walls, hi vis vests, mana and mullets. Was choice as! Nostalgic to say the least

I just drove past that tonight.

My workmate was telling me they went there for dinner and to watch the All Blacks when he first moved to Otaki not long ago. A few of the local boys were getting a bit rowdy and started taking off their clothes in the middle of the game. The female publican pulled the TV cord out of the wall and screamed over the bar "Oi you boys get your clothes back on, there's out of towners here!" They did what they were told and the game went back on. My mate hasn't been back since cause he felt so stink haha. 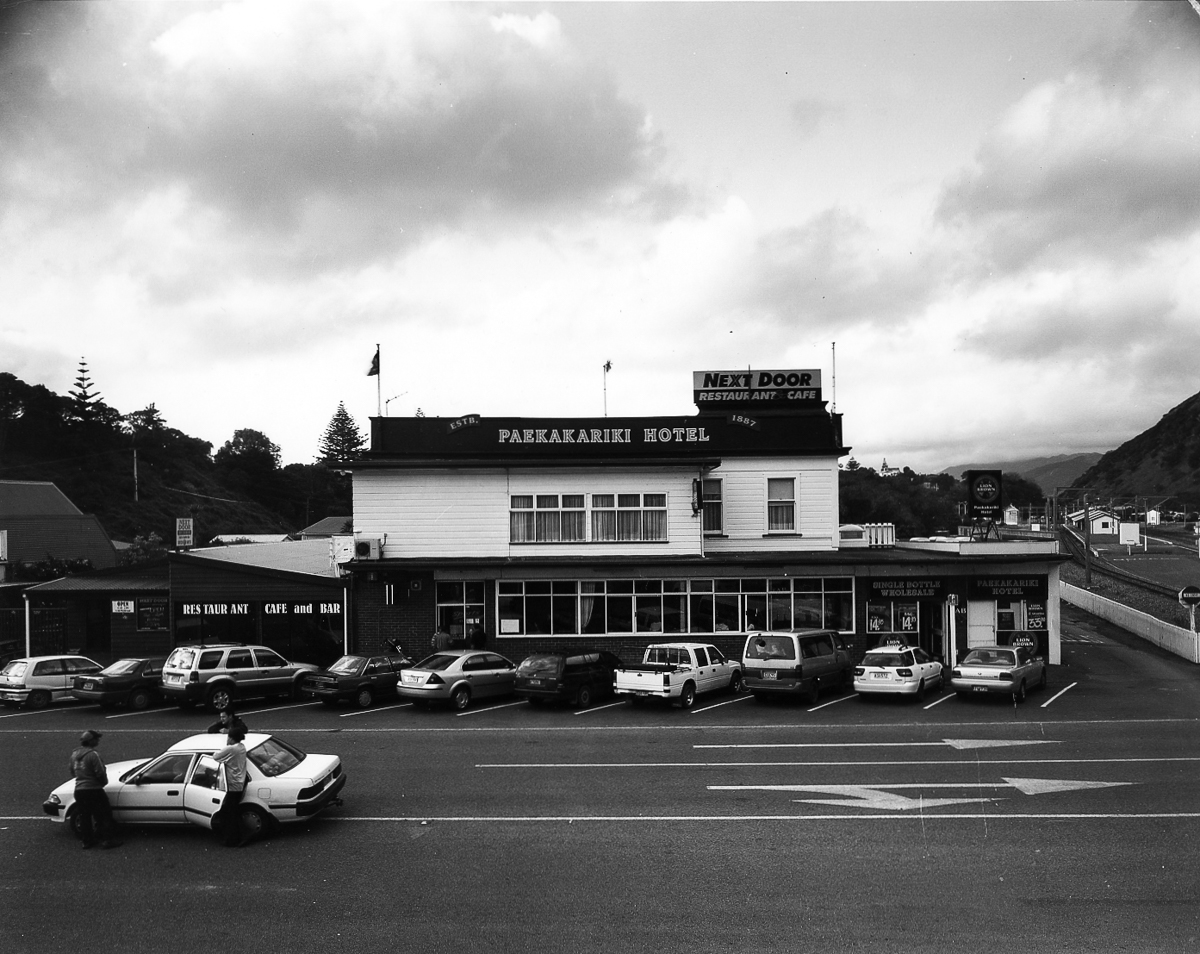 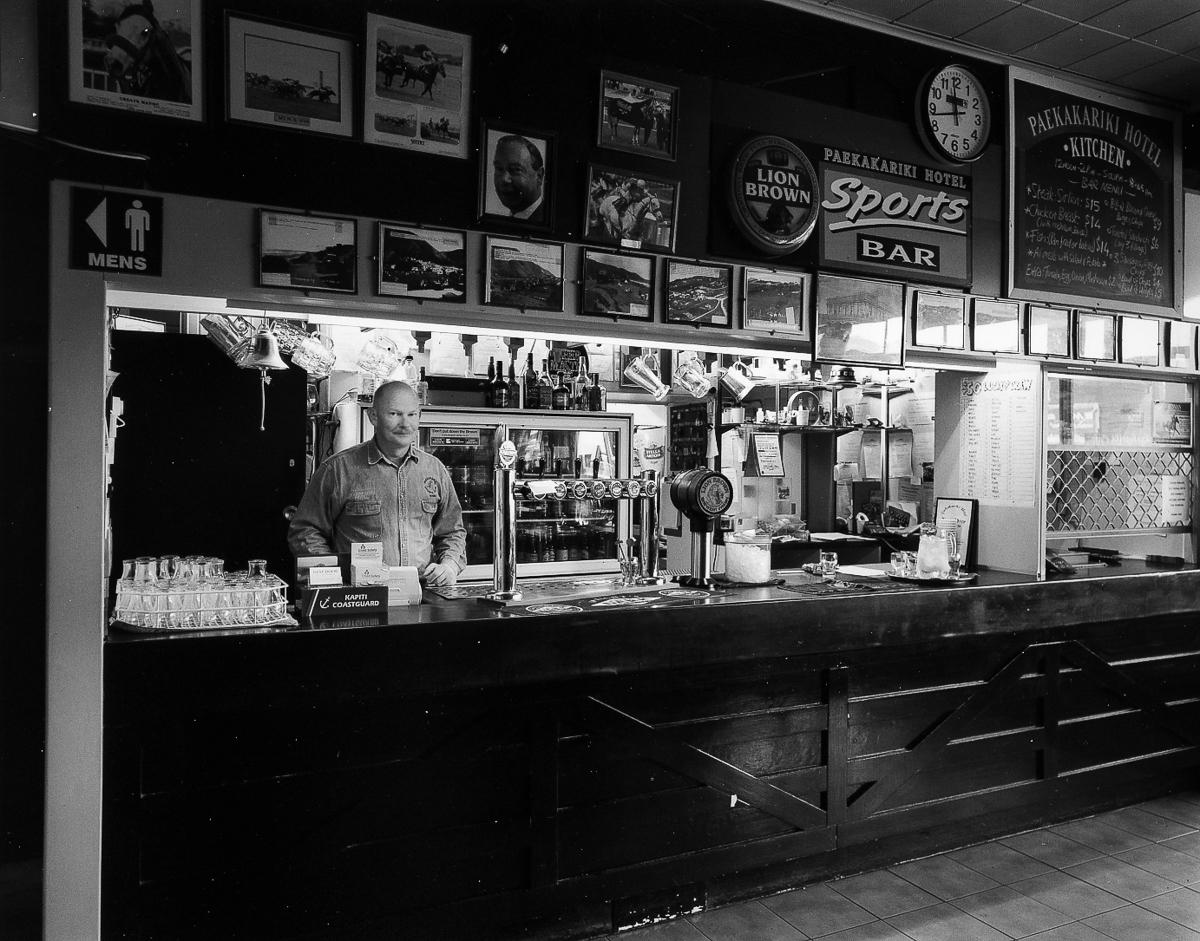 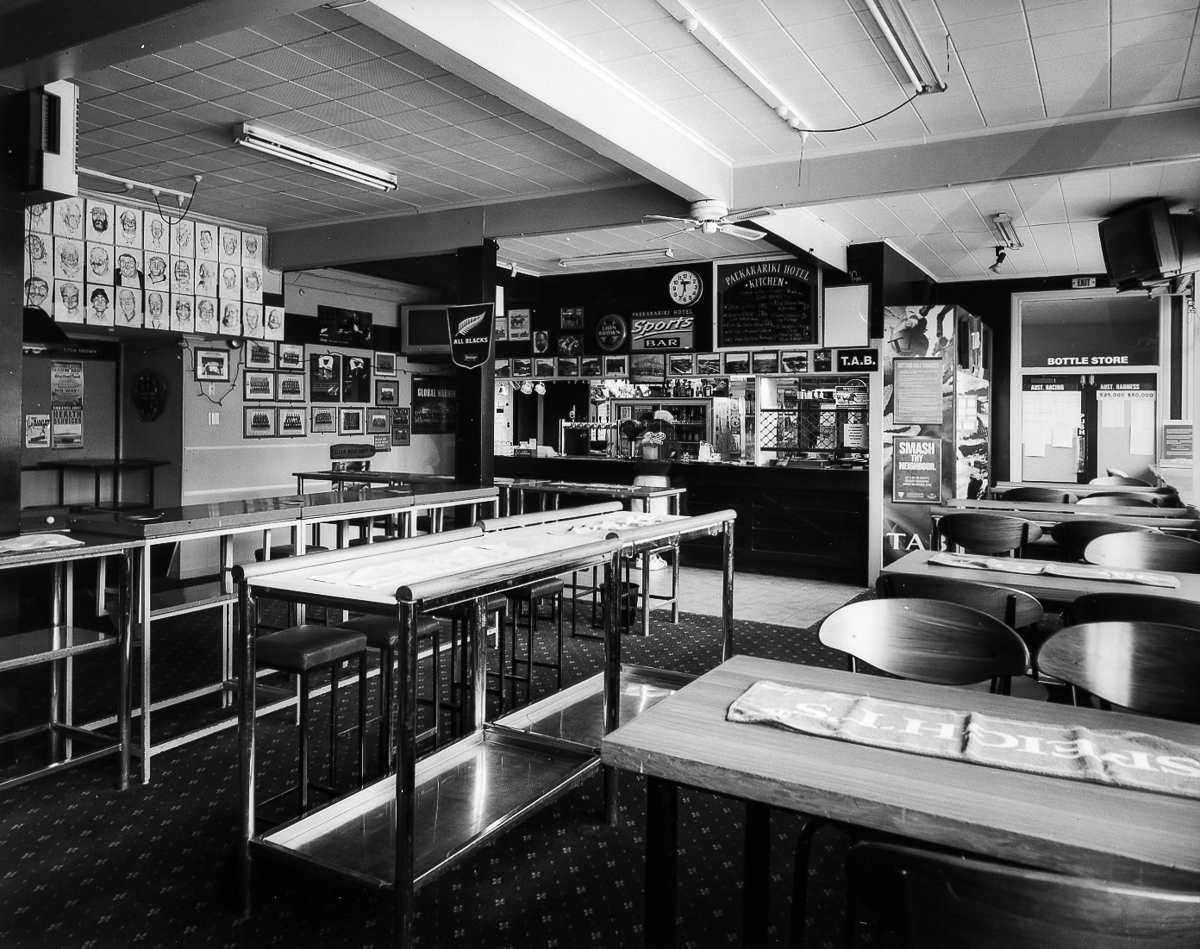