Politics and the rest of world's madness all in here!
Post Reply
279 posts

oh good then the administration made the right call and the good man was not fired. 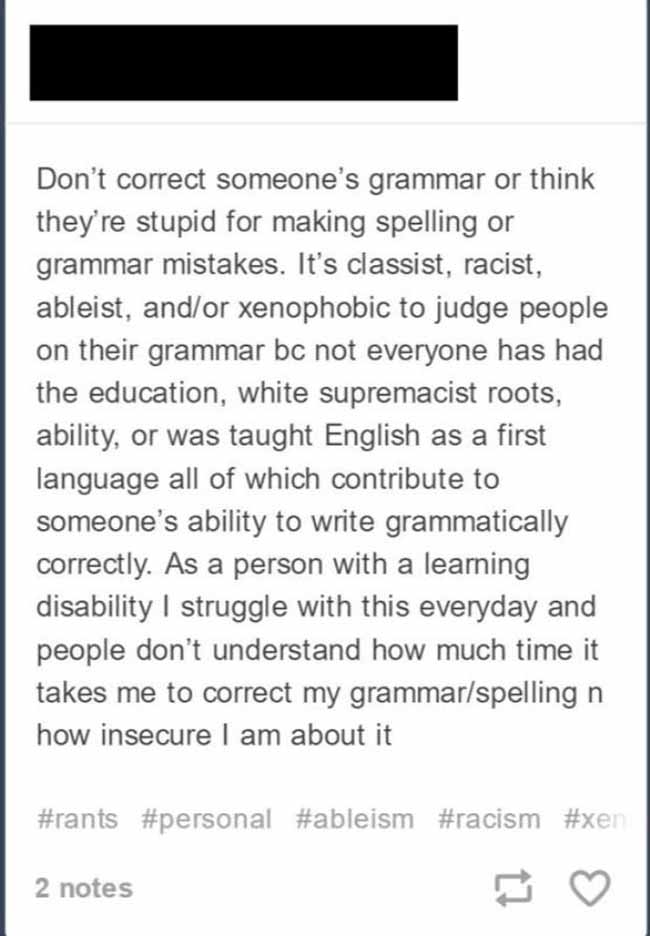 Mark my words, this law will not be used as some sort of ‘shield’ to defend vulnerable transsexuals, but rather as a weapon with which to bludgeon people of faith and free-thinking Canadians...

thats real nice for you

There's a group I'm in called sounds like you genuinely hate trans people but ok that I go look at every once in a while to remind myself why people hate trans people. Take every single offensive opinion, weird thought process, trigger happy screeching over the stupidest thing, fill it with cancer, and you have the people in that group. Nothing is good enough for them - they've shared things I, and most sane trans people, thought was beautiful and supportive and good and screamed for the deaths of the creators and bombed them for daring to support actual trans people instead on nonbinary pancaksexual pyrofoxes - and the worst part is they are actively transphobic and don't realize it. They consider trans people some kind of "third gender." So I'm not a man to them, I'm a "trans man" and different.

Basically every single step we've taken towards being normal and accepted is being destroyed by these people, who, frankly, aren't even trans, and it fills me with despair because I can't make them stop.

We just wish we were The Hard Times at this point.

It won't be long until some shit like this goes down at a uni in nz.
I think it's lint.

Punching up is gay
Top

im a sheltered rich kid who considered myself leftwing and has had a problem that doesnt effect me pointed out, but obviously ignoring problems makes them go away, so il just make fun of people who see it as a cause for concern.

is it fueling your nazism? cos you just linked us to a far right website.

its an opinion piece, read it or dont

Néstor de Buen wrote: Shit I wrote an article with basically the same argument for a mexican magazine a few months ago... In my mind I was writing from a left wing perpective

been enjoying the fallout from this

I'd be inclined to replace the problem phrase "wage gap" with "mansplain". Otherwise it's pretty accurate.

FFS, a geisha's makeup is white performer's makeup, traditonally used to enhance facial expressions to large audiences. Nothing to do with the skin colour of the person wearing it.

"Look how happy he is"
Top
Post Reply
279 posts