Politics and the rest of world's madness all in here!
Post Reply
24 posts • Page 1 of 1

This is so fucked

I guess it'll be a good 4 years for punk rock
http://hungjurynz.bandcamp.com/
http://www.discogs.com/user/pertHJ

its cool seeing hillary lose, but fuck not to that cunt

I'd love to see her behind closed doors hissy fit

That fucker belongs on a sex offenders register, not in public office.
Top

well it had to get worse before it got better, unfortunately, i dont think it will get better

Yeah, the optimistic side of me thinks that having such a monster in office will increase direct action/civil disobedience

i think youre right about that, but we have a much more pressing problem, its not very long until global warming becomes irreversible, and an american president who believes its a hoax, or at least panders to his followers who do, isnt going to make the necessary laws and changes that need to be made before its too late. 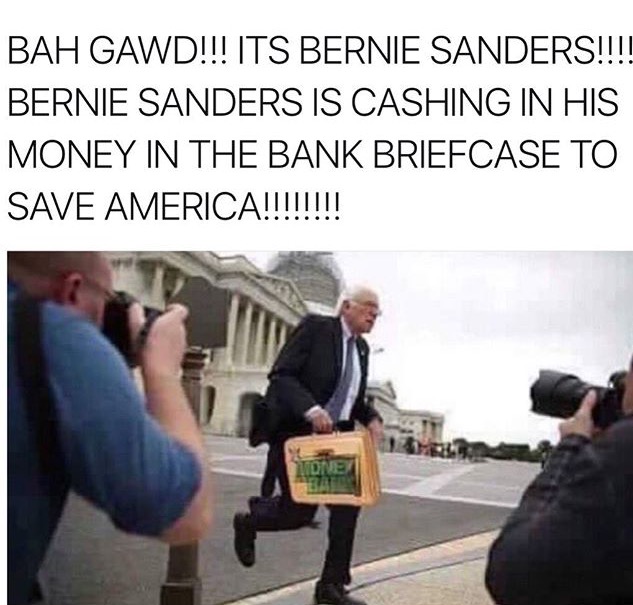 Trump is definitely worse, who knows what that megalomaniac is capable of when world leaders say mean things about him...
http://thestungrenades.bandcamp.com
SHUT UP,
PUT YOUR DENIM ON
AND STAY FREE.

I was stupidly thinking things might not be so bad and then I read this. Holy fuck.

What follows is my 100-day action plan to Make America Great Again. It is a contract between myself and the American voter — and begins with restoring honesty, accountability and change to Washington

Therefore, on the first day of my term of office, my administration will immediately pursue the following six measures to clean up the corruption and special interest collusion in Washington, DC:

* FIRST, propose a Constitutional Amendment to impose term limits on all members of Congress;

* THIRD, a requirement that for every new federal regulation, two existing regulations must be eliminated;

* FOURTH, a 5 year-ban on White House and Congressional officials becoming lobbyists after they leave government service;

On the same day, I will begin taking the following 7 actions to protect American workers:

* FIRST, I will announce my intention to renegotiate NAFTA or withdraw from the deal under Article 2205

* SECOND, I will announce our withdrawal from the Trans-Pacific Partnership

* THIRD, I will direct my Secretary of the Treasury to label China a currency manipulator

* FOURTH, I will direct the Secretary of Commerce and U.S. Trade Representative to identify all foreign trading abuses that unfairly impact American workers and direct them to use every tool under American and international law to end those abuses immediately

* SEVENTH, cancel billions in payments to U.N. climate change programs and use the money to fix America's water and environmental infrastructure

Additionally, on the first day, I will take the following five actions to restore security and the constitutional rule of law:

* SECOND, begin the process of selecting a replacement for Justice Scalia from one of the 20 judges on my list, who will uphold and defend the Constitution of the United States

* FOURTH, begin removing the more than 2 million criminal illegal immigrants from the country and cancel visas to foreign countries that won't take them back

* FIFTH, suspend immigration from terror-prone regions where vetting cannot safely occur. All vetting of people coming into our country will be considered extreme vetting.

Next, I will work with Congress to introduce the following broader legislative measures and fight for their passage within the first 100 days of my Administration:

Middle Class Tax Relief And Simplification Act. An economic plan designed to grow the economy 4% per year and create at least 25 million new jobs through massive tax reduction and simplification, in combination with trade reform, regulatory relief, and lifting the restrictions on American energy. The largest tax reductions are for the middle class. A middle-class family with 2 children will get a 35% tax cut. The current number of brackets will be reduced from 7 to 3, and tax forms will likewise be greatly simplified. The business rate will be lowered from 35 to 15 percent, and the trillions of dollars of American corporate money overseas can now be brought back at a 10 percent rate.
End The Offshoring Act. Establishes tariffs to discourage companies from laying off their workers in order to relocate in other countries and ship their products back to the U.S. tax-free.
American Energy & Infrastructure Act. Leverages public-private partnerships, and private investments through tax incentives, to spur $1 trillion in infrastructure investment over 10 years. It is revenue neutral.
School Choice And Education Opportunity Act. Redirects education dollars to give parents the right to send their kid to the public, private, charter, magnet, religious or home school of their choice. Ends common core, brings education supervision to local communities. It expands vocational and technical education, and make 2 and 4-year college more affordable.
Repeal and Replace Obamacare Act. Fully repeals Obamacare and replaces it with Health Savings Accounts, the ability to purchase health insurance across state lines, and lets states manage Medicaid funds. Reforms will also include cutting the red tape at the FDA: there are over 4,000 drugs awaiting approval, and we especially want to speed the approval of life-saving medications.
Affordable Childcare and Eldercare Act. Allows Americans to deduct childcare and elder care from their taxes, incentivizes employers to provide on-side childcare services, and creates tax-free Dependent Care Savings Accounts for both young and elderly dependents, with matching contributions for low-income families.
End Illegal Immigration Act Fully-funds the construction of a wall on our southern border with the full understanding that the country Mexico will be reimbursing the United States for the full cost of such wall; establishes a 2-year mandatory minimum federal prison sentence for illegally re-entering the U.S. after a previous deportation, and a 5-year mandatory minimum for illegally re-entering for those with felony convictions, multiple misdemeanor convictions or two or more prior deportations; also reforms visa rules to enhance penalties for overstaying and to ensure open jobs are offered to American workers first.
Restoring Community Safety Act. Reduces surging crime, drugs and violence by creating a Task Force On Violent Crime and increasing funding for programs that train and assist local police; increases resources for federal law enforcement agencies and federal prosecutors to dismantle criminal gangs and put violent offenders behind bars.
Restoring National Security Act. Rebuilds our military by eliminating the defense sequester and expanding military investment; provides Veterans with the ability to receive public VA treatment or attend the private doctor of their choice; protects our vital infrastructure from cyber-attack; establishes new screening procedures for immigration to ensure those who are admitted to our country support our people and our values
Clean up Corruption in Washington Act. Enacts new ethics reforms to Drain the Swamp and reduce the corrupting influence of special interests on our politics.
On November 8th, Americans will be voting for this 100-day plan to restore prosperity to our economy, security to our communities, and honesty to our government.

This is my pledge to you.

And if we follow these steps, we will once more have a government of, by and for the people.

* SEVENTH, cancel billions in payments to U.N. climate change programs and use the money to fix America's water and environmental infrastructure

this man would end the planet for a new jet

* FOURTH, begin removing the more than 2 million criminal illegal immigrants from the country and cancel visas to foreign countries that won't take them back

wonder if those 'fema camps' his illiterate supporters keep rambling about will become reality?

It's weird because I agree with a few of those, but some of the others are absolutely horrific.

maybe he will make the trains run on time

FC wrote:It's weird because I agree with a few of those, but some of the others are absolutely horrific.

It's a real hodge-podge of shit for sure.

People have been saying 2016 sucks, but looks like next year will be a real nail-biter.
Top

Russians hackers blamed for all the info given to WikiLeaks being about the Democrats and not the Republicans:

WikiLeaks' response is that they work to try and verify and publish anything significant that they receive. Not their problem if the hackers on Hillary's side didn't try harder.

FC wrote:It's weird because I agree with a few of those, but some of the others are absolutely horrific.

Something like a third of those are good and way further to the left than anything the democrats have enacted in my entire lifespan, a third are shit that every other country does including NZ that no one cares about, and the rest are dumb fucked up shit.
Top

Users browsing this forum: No registered users and 7 guests