Politics and the rest of world's madness all in here!
Post Reply
1016 posts

Don't be too harsh. He's only allowed to borrow the family brain cell once a week.

nazi scum wrote:...In May, Indonesia’s human rights record was assessed under the UN Universal Periodic Review. The government rejected key recommendations to review specific laws and decrees which restrict the rights to freedom of expression and thought, conscience and religion.

Caning continued to be used as a form of judicial punishment in Aceh province for Shari’a offences. At least 45 people were caned during the year for gambling, and being alone with someone of the opposite sex who was not a marriage partner or relative.

nazi scum wrote:Aerozol its called perseverance and dedication to a cause. I dont care how much you love stonings, canings and FGM I just think its wrong. I think you're in denial, that you think such behaviour is acceptable, do you honestly believe any government has the right to forcibly remove a clitoris?

Haha, and do YOU believe someone from there has the right to try come here if they want a better life, without being abused for their skin colour or what others in power in their home country have done to them? Real compassionate mouthpeace for the minorities you are eh!!

And what's that got to do with race anyway mate? That's the point you consistently miss.
A bunch of skinheads jumped a friend of mine from behind once and he has a permanent facial disfigurement now. Do you think that's acceptable? Do you think I couldn't find another thousand examples of white people being sacks of shit?

Do you think they don't look at western/european examples of state sponsored terrorism, financially motivated warfare, putting older family into homes out of sight to die, young girls throwing up after every meal because of advertising and our fucked up visual culture, a 1 in 4 chance of getting raped if you're a female in NZ, sexualised young girls/ celebrities, valuing money over lives, a diet for most consisting just of salt, sugar and wheat and resulting widespread obesity, examples of skinheads bashing people, hundreds of thousands of examples of europeans in general murdering and raping and stealing, and don't think to themselves "wow those guys are fucked".

"perseverance and dedication" isn't a good thing if you're combining it with close-mindedness and ignorance, it makes it the same as arguing with a religious douchebag, for example one of the Shariah pieces of shit you like to bitch about, it's not going to get anywhere, so let me ask you, WHY BOTHER.
Top

why are you still breathing?

nazi scum wrote:Perseverance and dedication is indeed a bad thing when you combine it with close-mindedness and ignorance.

I bother because I care about this country and the people that live here. I dont think 'its not going to get anywhere' I think 'I'm doing my bit'.

aerozol wrote:Do you think they don't look at western/european examples of blah blah blah blah examples of europeans in general murdering and raping and stealing, and don't think to themselves "wow those guys are fucked".

And yet they want to leave their country and come to ours. That says something about the different cultures. They want to live in a Western world rather than their Islamic world. I would too.

Get a fucking job.

Get a fucking job. 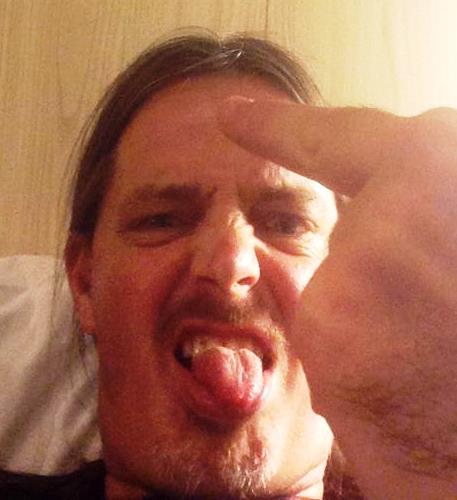 The “Resistance”, and community action plans.

Action
We will be supporting a poverty watch programme to keep an eye on the government, including councils.

We will bring information to light about corruption and openly evil tactics the New World Order is imposing on us.

Do Flyers and posters based on community and proactive initiatives.

Openly recruit other non political and anti government people to help us.

Or maybe you all should go over to Egypt to fight for women's rights. You know, now that you've got women equal rights in NZ.
Uncinia vector
Top

John Safran has just written a piece in the Australian Herald about the confusing stuff going on about nazis there. I'd post the link, but I haven't figured out how to copy and paste on my phone.
Uncinia vector
Top

I was in town for that. Personally I have no concern at all for the feelings or personal safety or arseholes like that and seeing them run off the street makes my dick hard. There's not really much point in treating unreasonable people reasonably, plus it's highly amusing to see the cognitive dissonance at work in them when they realise that most people's reaction to them ranges from indifference to out and out hostility.

Yeah hard fuck safran that was a stupid article
Top

Edit: eg beating up fascists. Not sure where the confusion lies.
Top

using violence against people posing no immediate physical threat to suppress political expression they disagree with?
We must secure the extinction of all people and no future for any children
Top

You can't blame all the anti-fascists for the actions of one or two people.

That doesn't have much to do with the definition of "Nazi" or "fascist" does it?
Top

I love it how members of the superior aryan master race are really good at spelling and generally winning at life and not total losers.

The B&W flaming skull going for the other nipple is my favourite bit.
Top

+1
haha when i read that i knew how racists were gunna interpret it.

witness the master race in action

http://watchme.co.nz/the-civilian/season-1/episode-8/
We must secure the extinction of all people and no future for any children
Top

so tragic on so many levels. Those signs are fkn gold.

General Mutante wrote:This just goes to show that if you've got anything remotely constructive to say then here's not the best place to say it.