Politics and the rest of world's madness all in here!
Post Reply
87 posts

did any1 see the news?

im keen to find out which celebrities are involved in the latest P smuggling escapade... 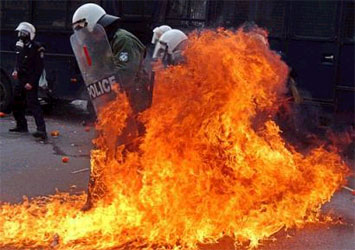 sports cafe celeb's - lana cocroft, matthew ridge, mark ellis and some others that i cant remember. One of the regulars at work that knows abuut it was telling me the goss tonite

tralala wrote:sports cafe celeb's - lana cocroft, matthew ridge, mark ellis and some others that i cant remember. One of the regulars at work that knows abuut it was telling me the goss tonite

you by the sounds of it.

get off the crack!!
Top

If I had a bag of chips I'd eat them
Top

yeah, i figured it was them. fuck i hope they go down, that lot really annoy me.


one of my friends has a footy on his fone of her getting her tits out and licking a nipple, anyone know where i can host video footage?
Top

i know where you can upload big files to download...

like the pics of ellis and ridge getting questioned?
Top

is that brent todd?
Top

Those of you claiming to "know" it was so and so and such and such...remember that they have already described ALL of the accused:

* A 51-year-old property developer faces one charge of conspiracy to supply Ecstasy.

* A 31-year-old restaurant manager is charged with conspiring to supply cocaine.

* A 30-year-old mechanic is charged with conspiracy to supply Ecstasy, supplying Ecstasy and possession of Ecstasy for supply.

* A 39-year-old self-employed businessman is charged with conspiracy to supply cocaine and supplying Ecstasy.

* A 30-year-old man with no stated occupation is charged with possession of Ecstasy for supply.

* Sports celebrity A is listed on a charge sheet having "jointly offended" with the company director of supplying cocaine and cannabis. He has not appeared in court.

* Sports celebrity B is listed on a charge sheet as being supplied with Ecstasy by the company director. He has not appeared in court.

Only two sports people, no females. Dont you think that if they were all sports and TV celebrities they would say? They cant name them, but they are doing as much as they possibly can really.

Quite possible, but if they were celebrities dont you think theyd be jumping all over this? The media loves a good story, and four celebrities are better than two.

If you dont name names though, can you be charged? They could put something in like

Doesnt reveal who they are, doesnt count as defamation, still makes for a better story? Maybe one of the lawyers on punkas can let us know.

Over all though, im really hoping Matthew Ridge and Marc Ellis go down for this. It would make my day.

i just posted the official leak from tvnz and it got taken off??!! wot the fuck? this is a punk site wots goin on?!

there u have it, its not bullshit, this is an official leak
Top

I took it off because you fucked up and made a new topic instead of posting it on this thread. It may be a punk site, doesn't mean it has to be an idiot site.
Top

It got taken off because there was already a thread about this, there doesnt need to be another one.

I thought about that Simon, but ive seen the herald online update its stories 2-3 times in a day if more information comes through. Maybe its all just a big jewish media conspiracy, they seem to be quite popular these days

yeah i posted as a new topic so people can see the truth and not have to read all the bullshit. y is that idiotic?
Top

Time and time alone shall determine the validity of my inside sauce.

That is all...
This is a block of text that can be added to posts you make. There is a 600 character limit.
Top

KKatastrophe wrote:yeah i posted as a new topic so people can see the truth and not have to read all the bullshit. y is that idiotic?

Because the subject header was "official leak from TVNZ", and then you just had names - there was no indication what the thread was actually about, and no connection to this story.

It's like me posting, "Breaking News just in: Tim Armstrong did it twice." Nobody would know what the fuck it was on about. That's why we have threads and forums, to organise discussions and not just a long list of posts.
Top

yeah fair enough, but it is the truth. i got it straight from tvnz over the phone so there is no actual text saying so because it was a 2 way conversation over the fucking phone.