It is what is. 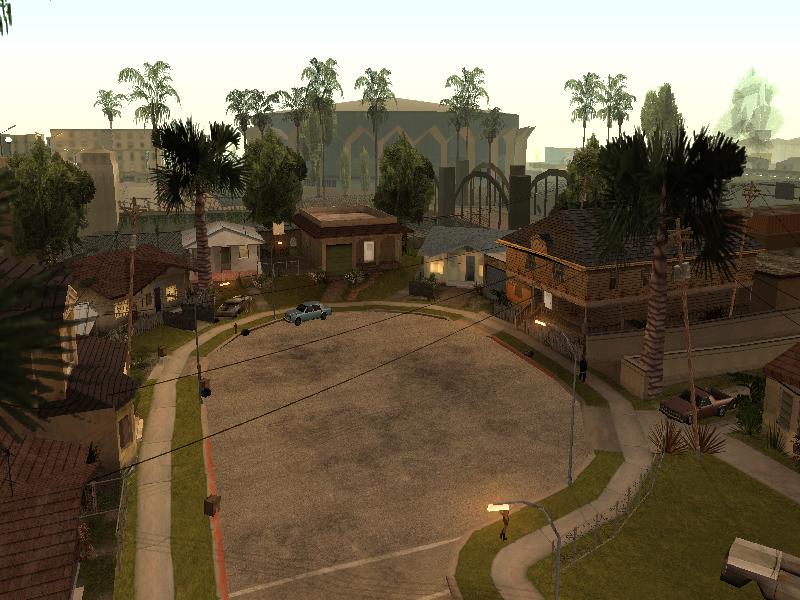 hmm on closer inspection i dunno

at least it was until i fucked everythang up

haha, that screen shot aint from my version, i just jumped on san adreas and went to grove street, shits all wrong anyway.

Phil is kind of right, GTA 1&2 were console exclusive to Playstation, as was 3 originally. That's why there was a big uproar when 3 was announced for Xbox it was seen as quite the coup d'etat for M$.
source

re: The money point, GTAV has the second largest budget for an entertainment title in history, second to only Pirates of the Caribbean 3 ($265mil vs $300mil).
This budget has been recouped by Rockstar IN IT'S ENTIRETY by pre-orders alone.
source

Grand Theft Auto V PS3-DUPLEX
I guess you really need to ask yourself... What Would Graeme Do?
Top

Yeah I've always wondered why playstation fans cry so hard when an exclusive goes multi platform. They act as if it effects their gaming situation somehow its kinda fucked up.

dem crazy playstation fanboys, not like xbox owners who are sensible and socially well adjusted.

whatever, i think il get a nintendo wii to match my fedora.

So the warehouse has pre-orders for $88 and eb games has it for $118, I went into EBGames and they said they will only match the price once it's released.

Can the warehouse charge more (if you've already paid $88) to pick up the game on Tuesday?
Ive paid $60 on my eb pre order, should I cancel that and pop on down to the warehouse?
http://thestungrenades.bandcamp.com
SHUT UP,
PUT YOUR DENIM ON
AND STAY FREE.

yeh i actually held off paying $101 for a preorder/delivery with mightyape, figured i would get it sooner if i just go into the warehouse and pick it up, cheaper too of course.
is it really necessary to preorder? dont wanna show up there tuesday morning to a sea of idiots like me who were too stupid to preorder, but dont wanna make an extra trip either.

For a meeting for my new job to start so I can go and grab my game! Aaarrrrrggghhh!
http://thestungrenades.bandcamp.com
SHUT UP,
PUT YOUR DENIM ON
AND STAY FREE.

its installing still, how long will this take? argh... ive only got a little crt to play on for now, so i cant even see what it says in the corner.

lol some cunts were literally running to be first in line at the warewhare this morning, having a preorder didnt make any difference, except that it took longer to process lol.

I had about 20 buckys waiting. Start is amazing omg U guizz

Philfy Vermin wrote: ive only got a little crt to play on for now, so i cant even see what it says in the corner.

doesnt look like il be playing at all right now, my controller doesnt fuckin work, so assuming the courier doesnt show up soon with my new one, il go to sleep for a few hours and then take GTA over to my mates house.

btw, mitch, im getting a 40" on thurs, so dont worry your pretty little head about me

be a fuckin epidemic of sickies today

nope, wrong, the controller in question is just a corded ps2 knock off with a usb plug, i use it for playing emulated games on my puter, i had hoped it would work on ps3, but no go it seems...
the controller for my ps3 which i just unboxed this morning, is still in the mail.
if its not here by this afternoon il borrow one.

I think diesel has a spare master system controller, might work, maybe he'd be a bro and courier it up to you.
Top

could you use keyboard & mouse until then?

nah no go, the problem seems to be with the game, i just cant get past the 'display calibration' screen, the controller and mouse, and keyboard work fine in the start menu, but once i get to that calibration screen, i cant confirm nor adjust.... da fuk yo

upgay on phils gaystation
turns out theres a game already loaded on the playstation, burnout paradise, but while my controller works fine in the menu, it wont work in game with burnout anymore than it will for gta...

hahaha you always make things so much more harder than they need to be.

Picked this up at Midnight, played till 3am. It's pretty awesome.
Top

really, and in what way have i done that?
it wasnt my choice that the console didnt ship with the controller, which is hopefully all thats wrong, in the mean time im copying the game to harddisk, and il borrow a controller tonight, assuming the one i bought doesnt show up in the mail.

kinda frustrating tho, knowing the game is THAT close and i cant play it.

I skimmed through your posts, a lot of your geek forum posts seem to involve using obscure or weird items to make a relatively simple process much, much harder.

What evil person sold you a console with no controller?
Top

Wife picked up my copy today. Sucks I'm at work. Also got the guide book as I found it handy as Fuck in San andreas. Not long now till I get home.