Share your recipes and great shopping spots with the rest of us.
Post Reply
28 posts • Page 1 of 1

Saw ads about this on TV1. 7.30 Saturday. Anyone know anything about it? Something related to ALF. Looks interesting, might have to have a view before heading out.
Last edited by Lurch on Mon Jun 04, 2007 10:16 am, edited 1 time in total.

Took me a good few seconds to distinguish between 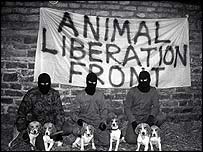 its not 20/20 its the Sunday current affairs show
featuring Keith Mann from UK (11 yrs in jail for ALF stuff) talking about his new book www.fromdusktildawn.org.uk and how he was supposed to come to NZ last month but the govt stopped him, plus NZ activists as well
there will hopefully be good films of NZ activists rescuing animals from factory farms etc
could be good, could be a "all animal rights activists are insane" show, just have to wait and see
Top

On in fifteen minutes.

what really gets on my shit is how when a so called non biased documentary tells a story with two sides they choose who they want to portray as the bad guy and then do an extreme close up on their face, then they put the "good person" in soft focus from a distance to make them look better.

its an infuriating disgrace to so called journalism.

treating animals like that is wrong and i don't even partake.
Top

What I find really infuriating is that the industry doesnt want to talk about it. Their excuse this time was that they "didnt want to give animal rights activists anymore publicity". They wont even defend any accusations or try to justify their actions.

‹Rob Anybody› yeh that is an implied threat... an almost threat, god you need to research what a threat is you spinless waterballon man

green army, we all agree.

Lame. I completely forgot and missed it. Guys at work were watching WWE anyway. (3 hours WWE is too much - even with midgets)

I thought it would be fairly "all these crazies are going to kill us all OMG!!1!!" however, and it seems I was correct. Still might have been good for a laugh.

Still: Anyone get a copy or know of a youtube?

Yeah, it wasn't bad. Shame about that hippy girl having a cry, and that rather clever chaps daft haircut - fuel for the talk back radio crowd for sure.

Still, at least the issue made it to mainstream NZ. Hopefully a handful of folk watching made a decision to be more aware of where their food comes from.
Top

so we can go and kick some Serbian pussy ass.

I saw a bit of it... can't see why anyone would think it was biased.

...although the little bit on how heaps of parkinsons sufferers had benefited from vivisection certainly would have rubbed you lot up the wrong way...

I think it's the second one, I can't watch either on my computer though.

Yeah it is the second one, thanks. The first doesn't seem to work for me but woulda been interesting to watch too maybe.

I just watched the dialup version... I don't know how you can say it was biased. It made nz animal rights activists look pretty darn good imo.

I couldn't see what was so bad about the pig farm they raided though... I mean, obviously that chick wouldn't want to live there, but what was she expecting?

if you asked that i dare ask?

i think some mighta thought biased against meaties.

but it's wrong, that is all.
Top

Dirty Dancin' Dave wrote:I just watched the dialup version... I don't know how you can say it was biased. It made nz animal rights activists look pretty darn good imo.


It seemed pretty one-sided to me in the beginning. Repeatedly showing footage of people working for ALF destroying equipment (I noticed the piece showing the man/woman destroying the computer screens in the labs was used at least twice, by the way), showing protests and the like all the while saying things like 'The Animal Liberation Front are considered the second most dangerous 'terrorist' group after Al-Qaeda'. You could even tell that the guy who presented the segment at the very beginning had an issue with these people taking action.

I also observed at the beginning they seemed a lot more focused on pointing the finger at these activists for disrupting and fighting against vivisection which 'saved human lives', but if I recall correctly, they failed to acknowledge animal testing for cosmetics etc (this was at the start, however).

Also showed a bloodied Brian Cass (Huntingdon's managing director) after he had been attacked by activists, trying to make out the ALF to be a thug-like organisation even though it was a one-off incident. Made me even more furious to hear him moaning like a little bitch and saying to the camera 'it hurts'. Don't like being on the receiving end of it, do you cunt?

Did slightly improve as it went on. I appreciate the fact that they showed the clip of Keith Mann (the animal activist barred from visiting New Zealand) and a fellow activist handing out leaflets on a street and asking a woman to sign to which she replied something along the lines of 'No, I don't like you activists. Vivisection saved my something-or-rather's life.' and he called after her, 'well what about all the humans that have died after animal-tested medication that proved alright on animals but ended up failing on humans'. Doubt those are the exact words, but the exchange went something roughly along the lines of that.
Top

the attack on that scumbag cass was not ALF ,was an independent ,one off action not claimed as a ALF action
Top

i thought it was biased against meaties actually except for legislation that was hopeless but then thats what they were talking about.

your lucky it was on at all.
Top

I bet those guys who unleashed the "rage virus" are vegans

Just saw this for the first time the other night, on vid

I couldn't see what was so bad about the pig farm they raided though... I mean, obviously that chick wouldn't want to live there, but what was she expecting?

The piglet she was holding was squealing cause it had a broken leg. I think pig farms are pretty atrocious with the sow stuck on her side like a machine so that the piglets can feed but she is unable to look after them. If the piglets get on the wrong side of her they often die of starvation which i also saw footage of.
Top

Quite good comments from the Open Rescue folks. But for future interviews, I suggest include comments like "What about people who helped free slaves from the evil Confederacy in slave days? That was **against the law** then, but we now all regard those ppl who rescued slaves as heroes."

Such remarks might shut up the stupid TV guy, who could not seem to get over his horror that "these actions you are doing may be (gasp) illegal! Doesn't that bother you?" (It sure seemed to bother him or his boss.)
Top

you can see the undercover films and rescues shown on the doco here. this is the unedited version done by the activists, a compilation of a few rescues and film missions in the last six months

and here is the hardtalk interview with Keith Mann, for those who cant be bothered googling.
http://news.bbc.co.uk/1/hi/programmes/hardtalk/6757207.stm
Top
Post Reply
28 posts • Page 1 of 1